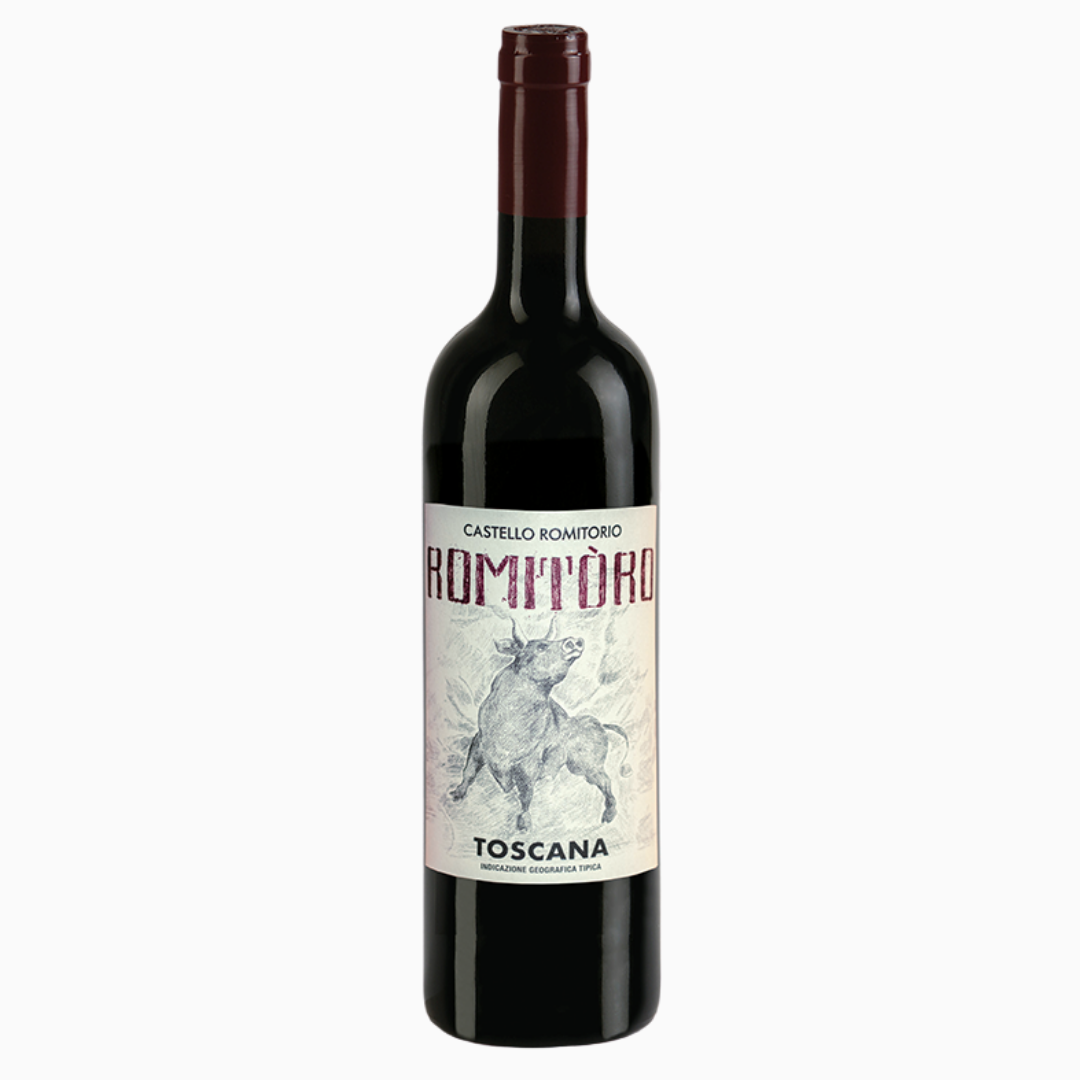 Romitoro from Castello Romitorio is a delicious, fruit driven Supertuscan made from a blend of Petit Verdot and Syrah which is an absolute delight with beef. These classic French varieties are perfectly at home here in the temperate Tuscan climate. It is a wine packed with Morello cherry along with darker plum and damson fruit flavours. The years aging in oak brings flashy oak notes of chocolate and burnt toffee which balance perfectly with the fruit to deliver an intense and full bodied wine which is warm, generous yet super fresh.