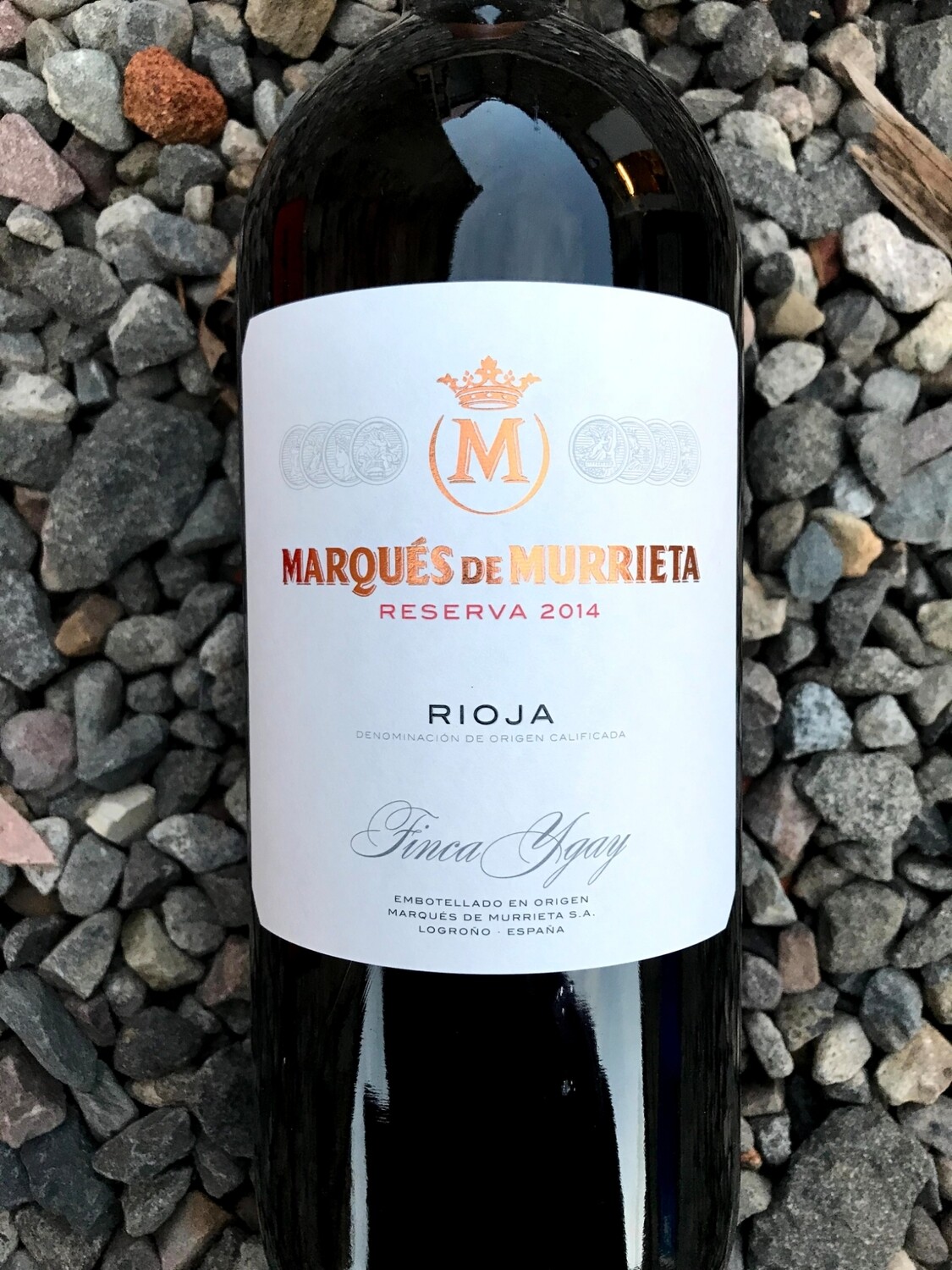 Marques de Murrieta Rioja Reserva is one of the most consistent and exceptional examples of Rioja Reserva produced in Spain’s most famous wine region. It is aged for 18 months in a combination of new and used French oak before being aged in bottle for a further two years prior to release. The wine is mainly Tempranillo (80%) with the remaining fifth made up from 12% Graciano, 6% Mazuelo & 2% Garnacha. It is a complex and elegant wine with rich red fruit, balsamic notes, leather, savoury spice and a sappy, heady finish. Truly affordable fine wine.