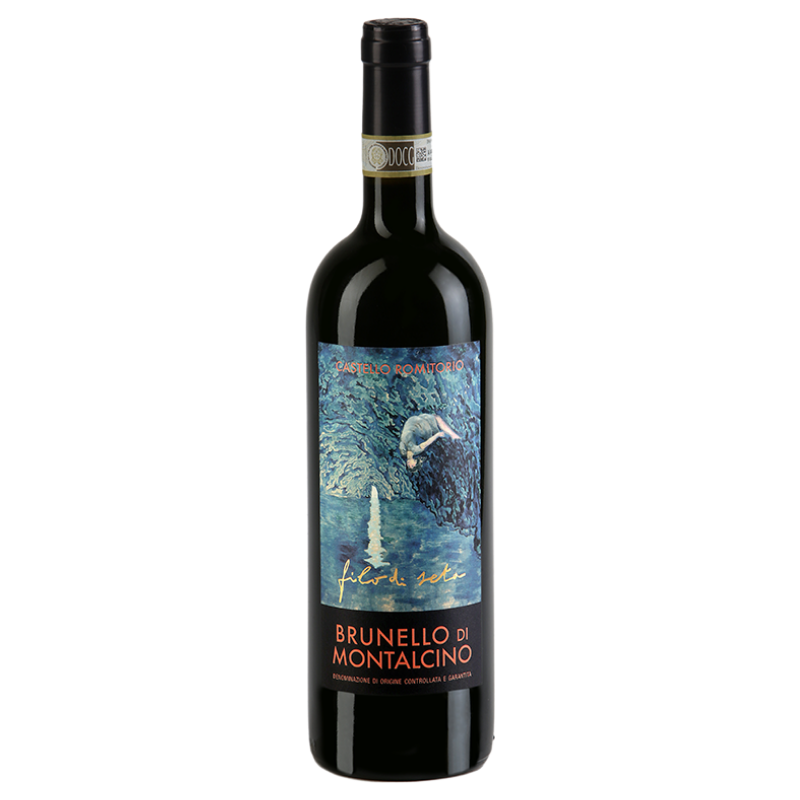 Filo di Seta is a unique and exceptional expression of Brunello di Montalcino by Castello Romitorio. The grapes are sourced from cooler North West facing vineyards located at 350 meters altitude. This is a distinctive microclimate in a hot area. The result is a Brunello with all the power and structure you’d expect but with an exceptional lightness and freshness that makes it fascinating. Dried cherry, floral notes, dark peony, earth, savoury notes and perfumed edges. It is a wine you could smell all day and is almost electric on the palate but finishes with lovely silky charm and elegance. World class wine.