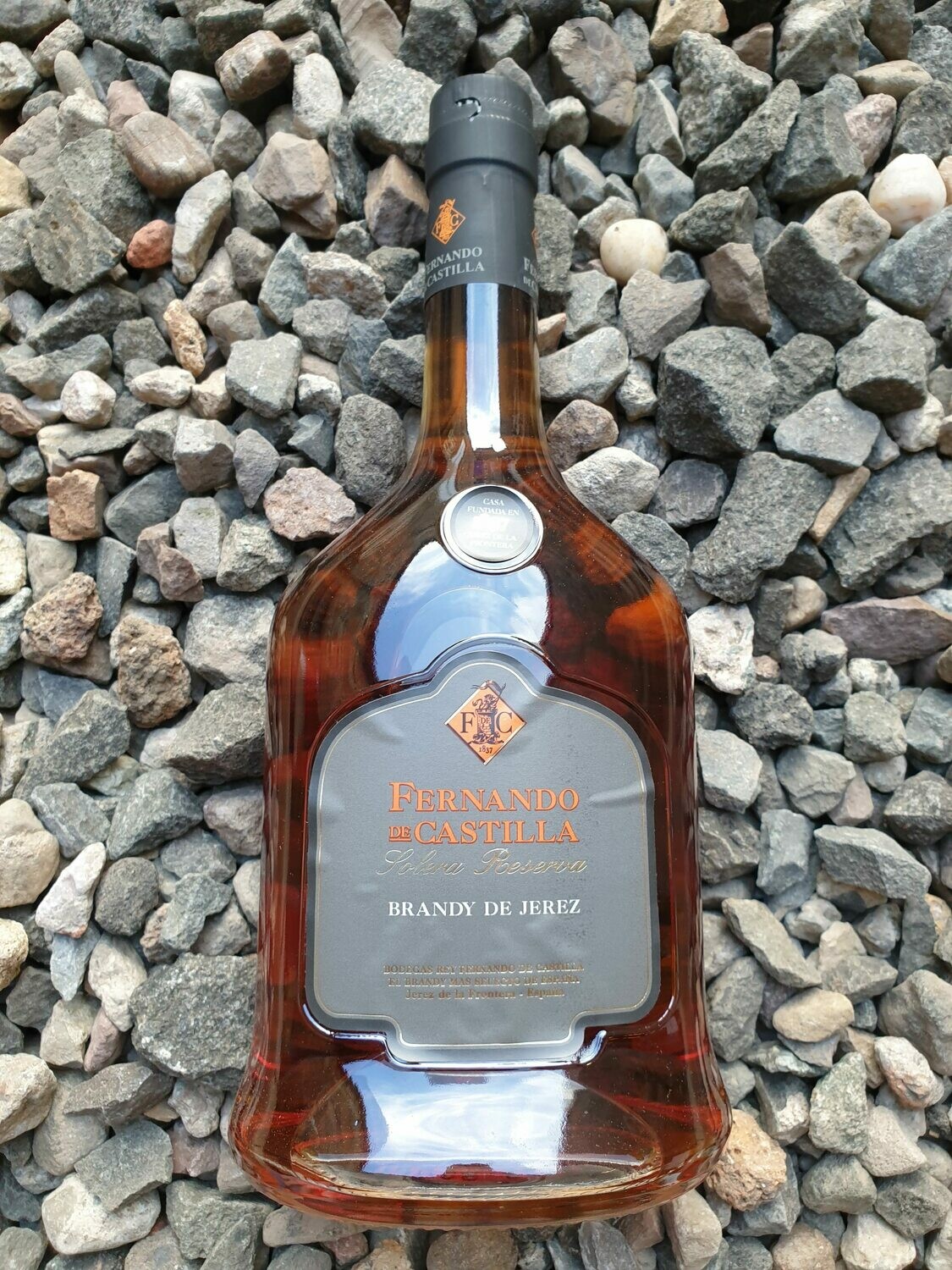 Fernando de Castilla Solera Reserva Brandy is a soft, warming Spanish Brandy that is sweeter and fruitier than most Cognacs. It is great value and hugely enjoyable. The Brandy is a Pot still distillate, aged in barrels that have previously contained old Oloroso and Amontillado Sherries. The ageing process is done using the traditional system of soleras and criaderas. For the Solera Reserva, ageing is for 1 year in new American oak, and 5 years in sherry casks - so a total of 6 years ageing.

Bodegas Rey Fernando de Castilla, founded in 1972, is a relatively young Bodegas which was created by Fernando Andrada-Vanderwilde. Fernando took over some old sherry and brandy soleras from a couple of local bodegas with the intention of producing the finest Brandy in Spain. He named the Bodegas after King Fernando de Castilla “The Saint” who conquered much of Andalusia in the 13th Century. In 1999 Jan Pettersen, a Norwegian with 15 years’ experience at Osborne, bought the company and continues to produce some of Spain’s finest Brandy alongside high quality, complex Sherries.