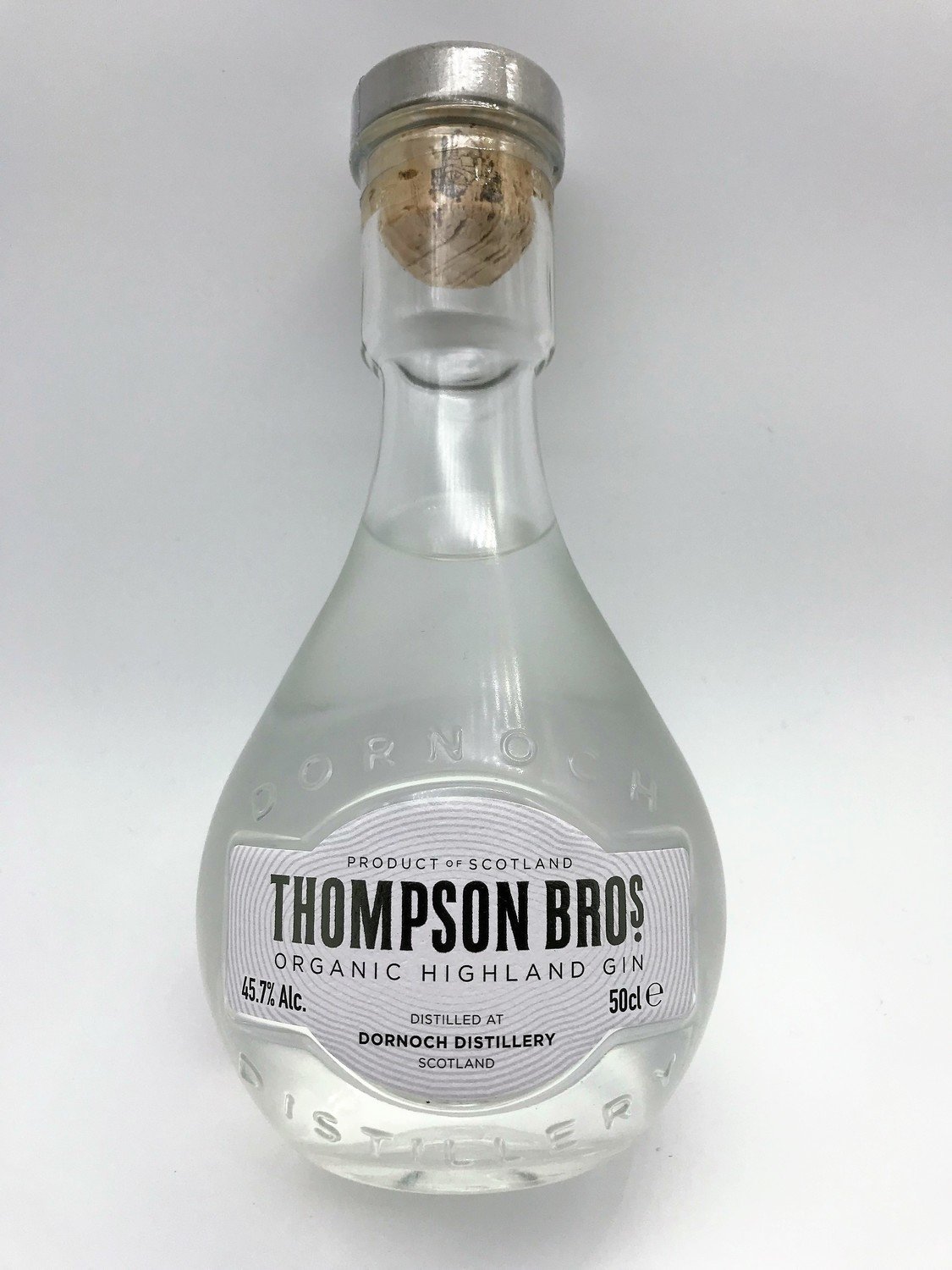 The Dornoch Distillery was founded by brothers Simon and Philip Thompson, well known for running the family owned Dornoch Castle Hotel, located in the Scottish Highlands. The brothers are best known for the well-respected whisky bar, specialising in old, rare and unique whiskies at fair prices. Having built the reputation of Dornoch Castle as one of the best whisky hotels in the world, the brothers decided to put their combined knowledge and experience in the whisky industry into practice: they started a crowdfunding campaign to help make their dream of building a distillery into a reality. Works began in 2016 to renovate a 19th-century fire station into a micro distillery that now houses two direct gas-fired pot stills, a pot-column still, wooden washbacks and a mash tun.

Thompson Bros Organic Highland Gin is distilled from a blend of 90% organic grain spirit and 10% organic floor-malted heritage barley spirit, which is slowly fermented and twice distilled on direct gas-fired copper pot stills. The grain spirit is combined with their proprietary botanical blend and slowly redistilled. Their new make spirit is then combined with the base gin spirit and slowly diluted to 45.7% ABV. The grain spirit gives a fantastic canvas for the botanical blend, while the new make spirit provides body, creamy texture and a light fruity character. Do not be fooled by many of the mass produced gins on the market these days. This is the real deal. Distilled and blended with care by a couple of groovy dudes in the Highlands.

The prefered serve at Dornoch Castle Hotel, is over ice with a slice of orange, peppercorns and a sprig of rosemary.