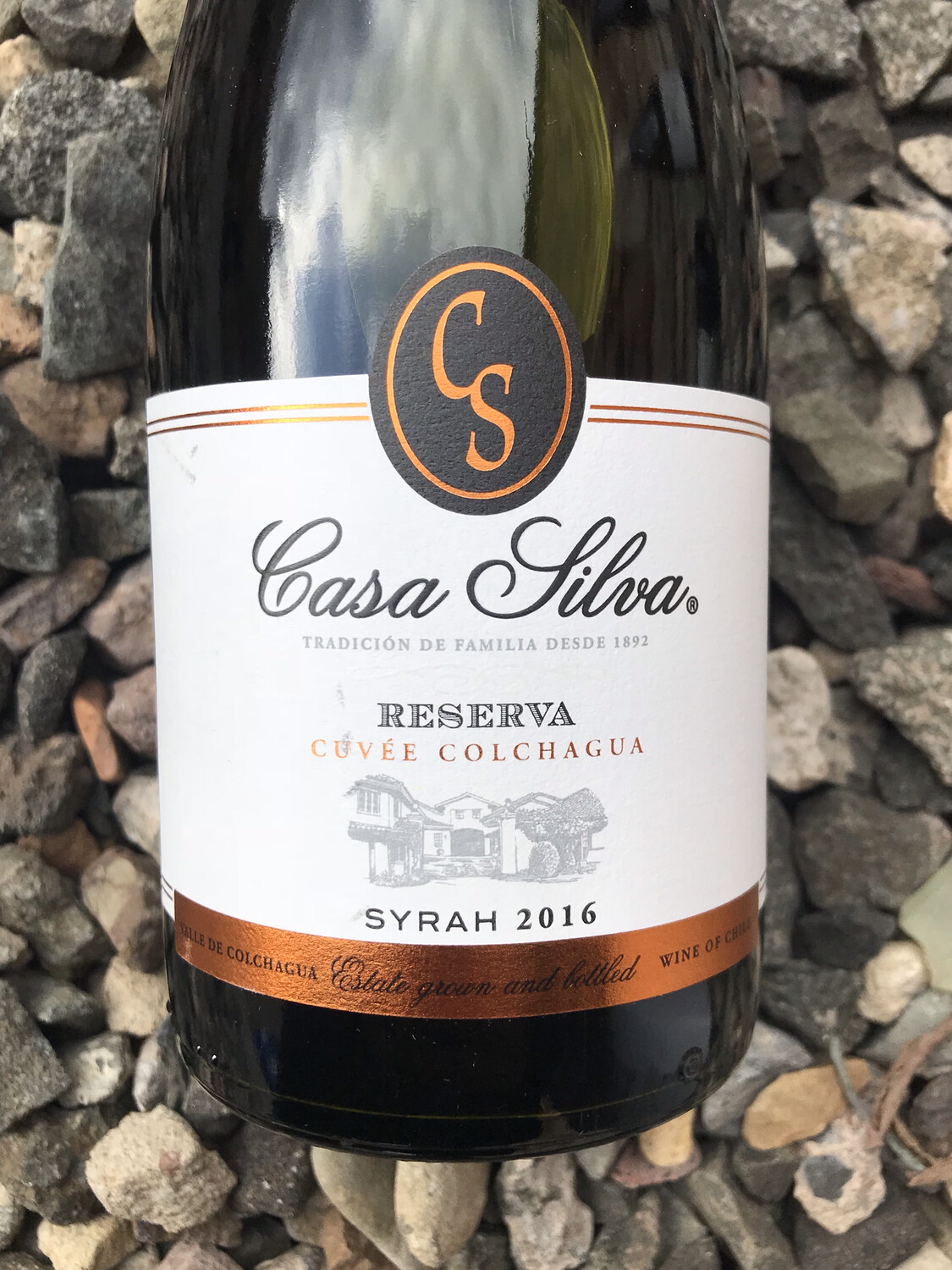 Casa Silva Syrah Reserva is a deeply coloured, powerful wine with intense ripe black fruit aromas. Behind the fruit are subtle spice notes of cinnamon, herbs and pepper. Juicy, mellow tannins on the palate with the rich black berry fruit makes it a velvety and harmonious pleasure to drink.