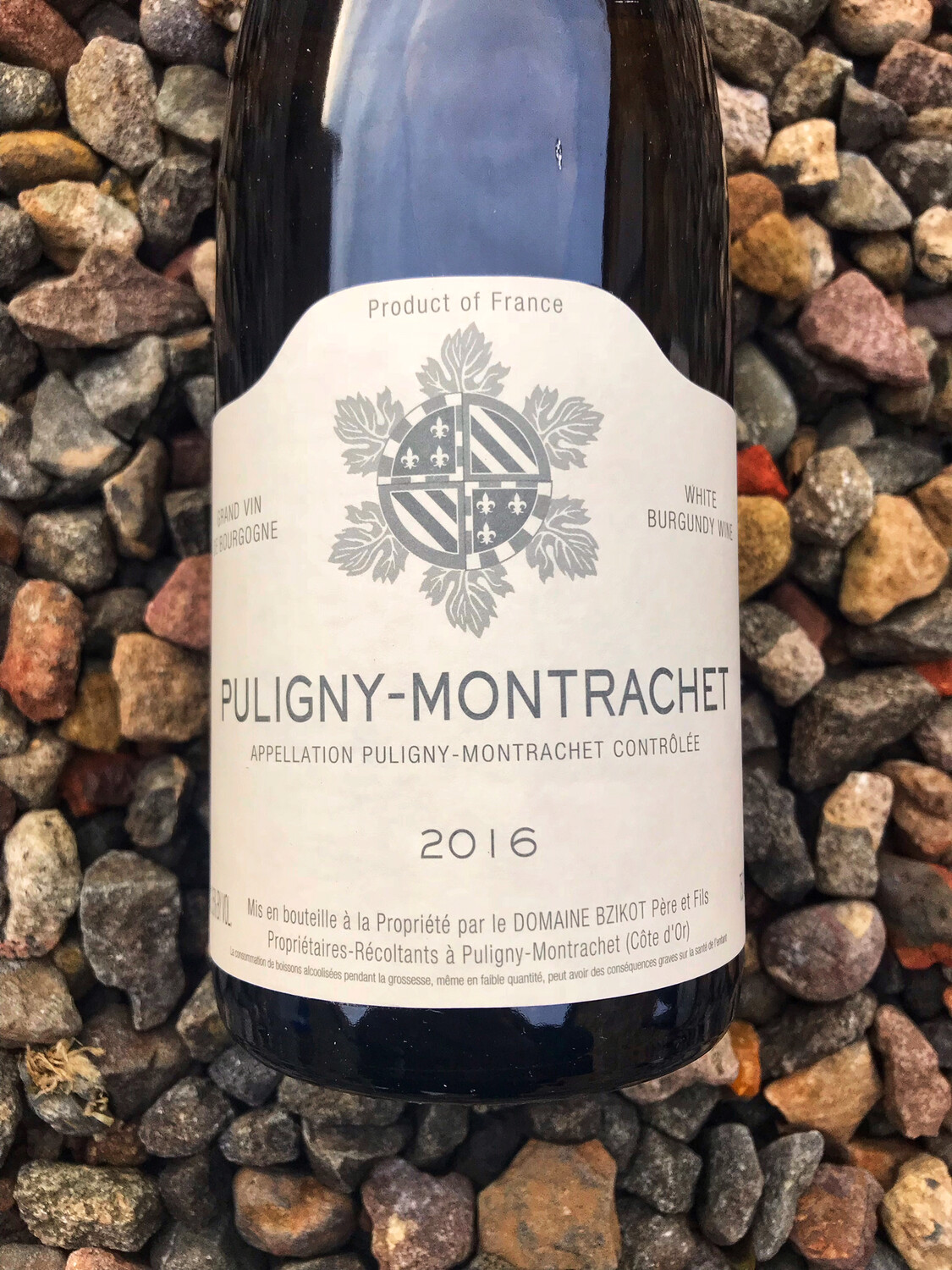 Sylvain Bzikot’s grandfather was a Polish emigré who arrived in Puligny just before the War with nothing but the clothes he stood up in. From those very humble beginnings this family domaine has managed to acquire an impressive 4 hectares of some of the most valuable agricultural land in the world, namely Puligny-Montrachet and Puligny 1er Cru. They own a further 9 hectares of “regional appellation”, producing Bourgogne Blanc, Aligoté and the like. Sylvain, a keen rugby player, as his very solid frame and cauliflower ears will attest, has an unusual approach to his winemaking. He vinifies half in stainless steel cuve and half in barrels, of which 90% are new, so that means that roughly 45% of the finished cuvée is vinified and aged in new wood. This sounds rather heavy for a village Puligny, but the stainless steel element of the cuvée brings such freshness and minerality that the oak is all but unnoticeable.

Ripe lemons and limes, touches of honey and fresh blossom on the nose followed by a weighty palate. Hints of vanilla, hazelnuts, fresh peach and a citrus finish, balance perfectly with the mouthwatering acidity on the palate. Delicious!