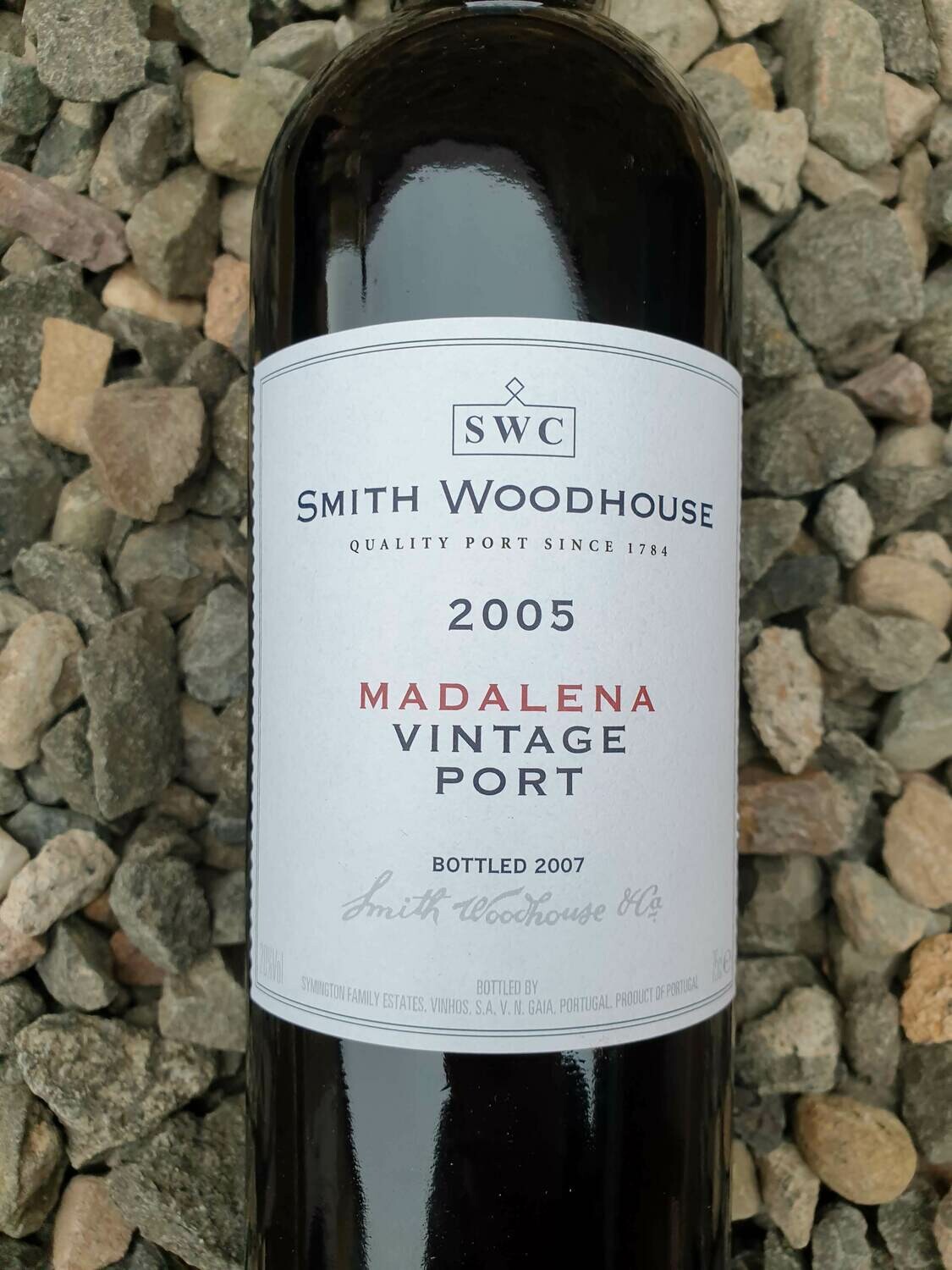 Smith Woodhouse Quinta Madalena is a beautiful Port, in a beautiful place right now. The tannic structure has fallen away to reveal dark black fruit notes, caramel, toffee, coffee and aromatic floral notes. It is a plush, heady drinking experience which will benefit from decanting and a big arm chair. Quinta Madalena is an excellent 7 hectare property in the heart of Rio Torto Valley. The grapes from here form the core of the Vintage releases. With 20 years bottle age on it this is a real bargain and utterly delicious.

Christopher Smith, a one-time member of the Westminster Parliament, started Smith Woodhouse in 1784. There was an unconfirmed rumour in 2011 that he was claiming a second home allowance against the estate and had the wood panelling in the drawing room run through on expenses but it was never proven. On his death in 1835, his son was joined by the Woodhouse brothers and the house was fully born. The firm was taken over in the early years of the 20th Century by Graham’s and now falls under the control of the Symington family, who purchased Graham’s in 1970. It would be fair to say that it is the Port house that gets the least attention from its owners but excels in quality regardless.