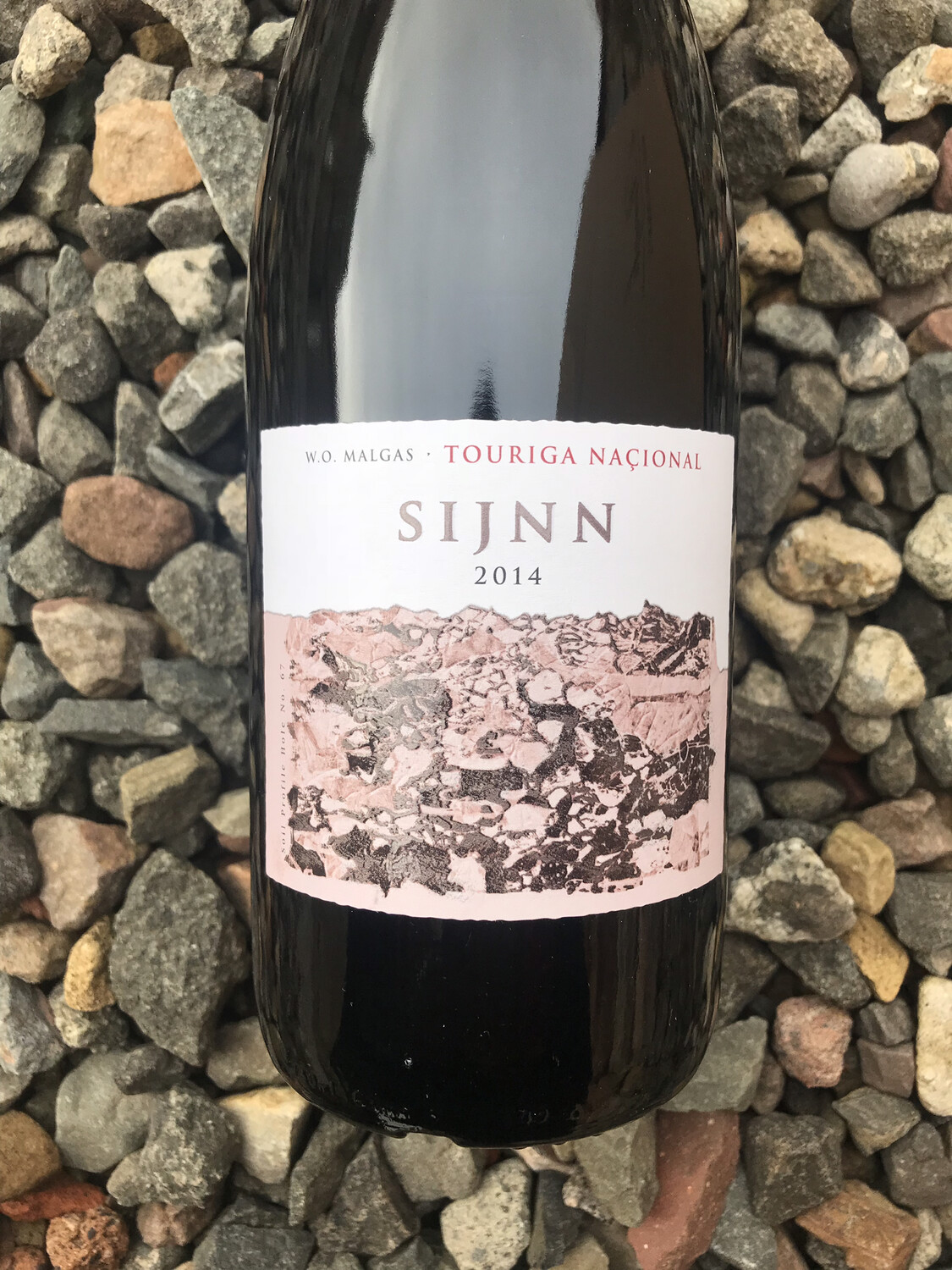 Touriga Nacional is perhaps best known for being one of the best grapes in the Douro, Portugal and also being a key variety in a Port blend, the winemakers at Sijnn decided that the terroir and climate of Malgas would be ideally suited to Touriga Nacional. The complex stony soils and warm mediterranean climate( but cooler than in the Douro) brings complexity and balance to the wine.

Everything is new about these ground-breaking wines in this brand new wine region.The vineyard lies to the east of Cape Agulhas between the hamlet of -Malagas and Cape Infanta 15 km from the ocean at the mouth of the Breede River, called Sijnn by the original Khoisan inhabitants of the region. Apparently, the land used to home an Ostrich farm! The idea behind Sijnn is to grow warm-climate varieties in this cool climate and, presumably, push things to the limit. The winemaker- David Trafford has long been an advocate of terroir and was inspired by the slate and rolled stone plateau on which this new vineyard sits. The area itself has been likened to the Douro Valley due to the soils and proximity to the Breede.

Although not fortified, the wine is lively, complex and confident with lush dark fruits.