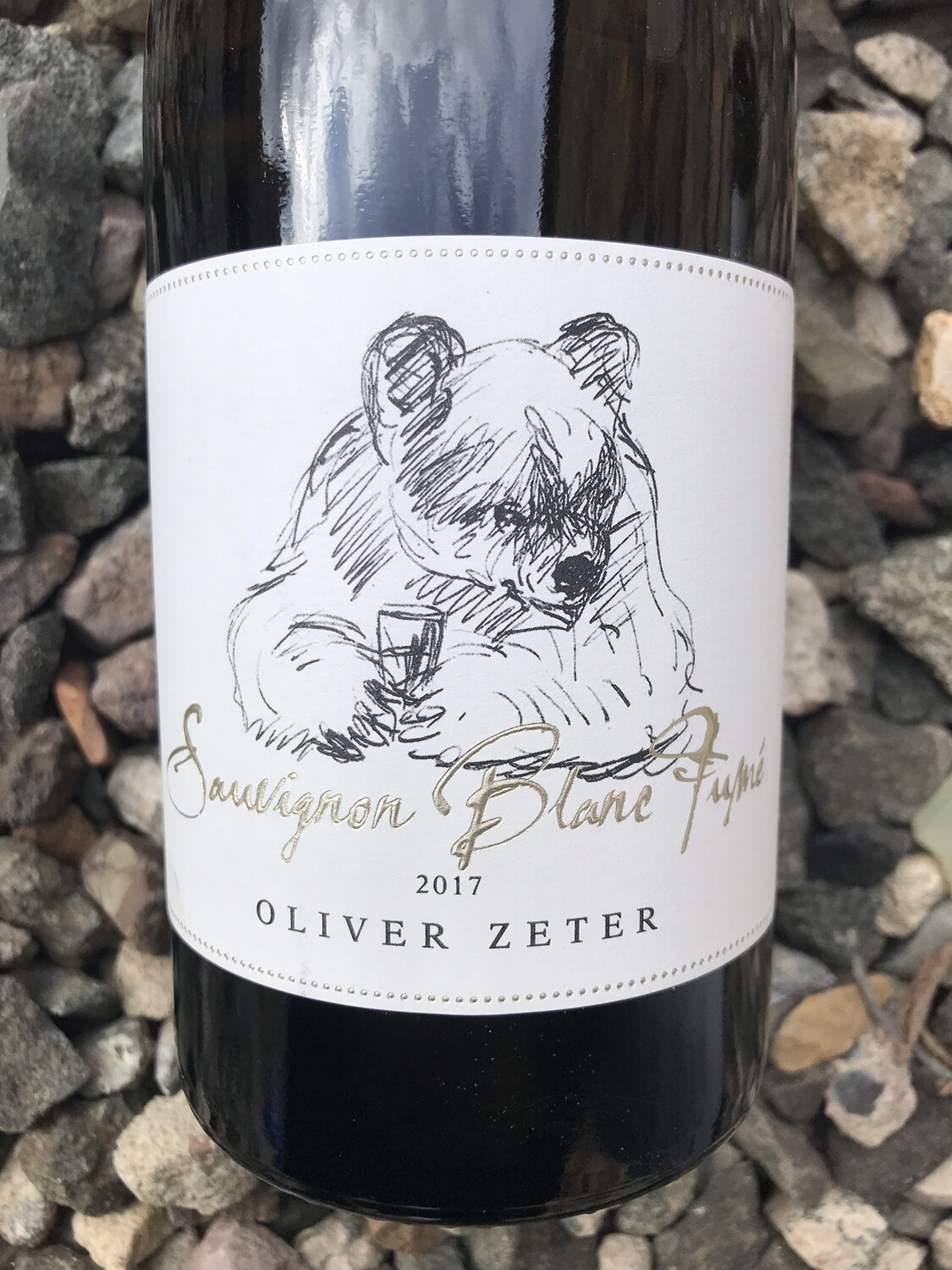 The drinking bear that adorns the label comes from the quill of a well known Pfalz artist named Otto Dill, a friend of Oliver’s great grandfather Walter Baer (German for bear). On one occasion in 1933 Walter was unable to meet his friends for a regular ‘glass of wine or two’ and the artist sent the sketch on a postcard to his friend Walter the ‘bear’, and the postcard was signed by all the friends present that day. Oliver has the postcard in his kitchen. He declared that the bear had been with him all his life and when he made wine he would go on the label.

This Sauvignon Blanc comes from Oliver's oldest and best vineyards. The best and ripest grapes were selected in the vineyards for this purpose and were harvested by hand into small 20kg containing baskets. Then the grapes were crushed and pressed. The juice was immediately transferred to new French oak barrels where the must was spontaneously fermented. Malolactic fermentation was prevented. Next, the wine was poured into stainless steel tanks along with its fine yeast where it remained until it was bottled in the summer. Due to the influence of the wood, the wine received both typical Sauvignon Blanc notes as well as a strong finish with slightly smoky (Fumé) flavors.

Deliciously crisp with flinty characters from contact with the oak barrells.