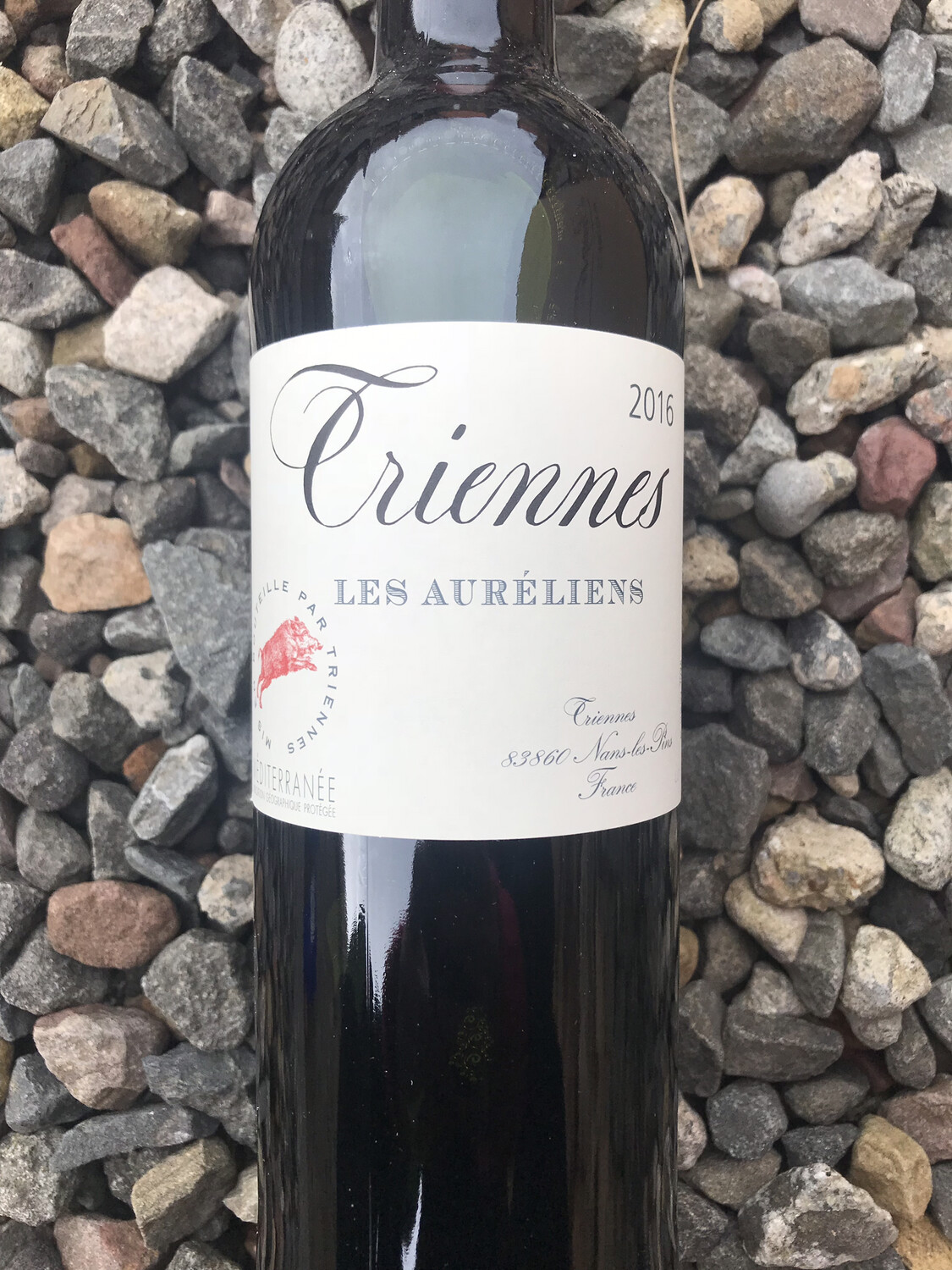 In 1989, two Burgundians, Jacques Seysses, founder of Domaine Dujac, and Aubert de Villaine, joined by their Parisian friend, Michel Macaux, went in search of new vineyards. Their attention turned to Provence where they were convinced the potential for great wines was enormous.

After a long search, they discovered the Domaine du Logis de Nans in the Var, east of Aix en Provence. They were immediately attracted to its gently sloping hillside with southern exposure. They saw its cool microclimate and its clay and limestone soils as ideal for viticulture.
The estate was renamed Triennes, a reference to Triennia, the festival for Bacchus, which was held every three years during Roman times.

The Les Aureliens Rouge is a blend of Cabernet Sauvignon and Syrah. It is kept for 12 months in French barrels previously seasoned at Domaine Dujac. It is lightly fined and unfiltered.
The first aroma that hits you with this wine is ripe plum and it's juiciness. Tannins are fine and it has bright delicious acidity.