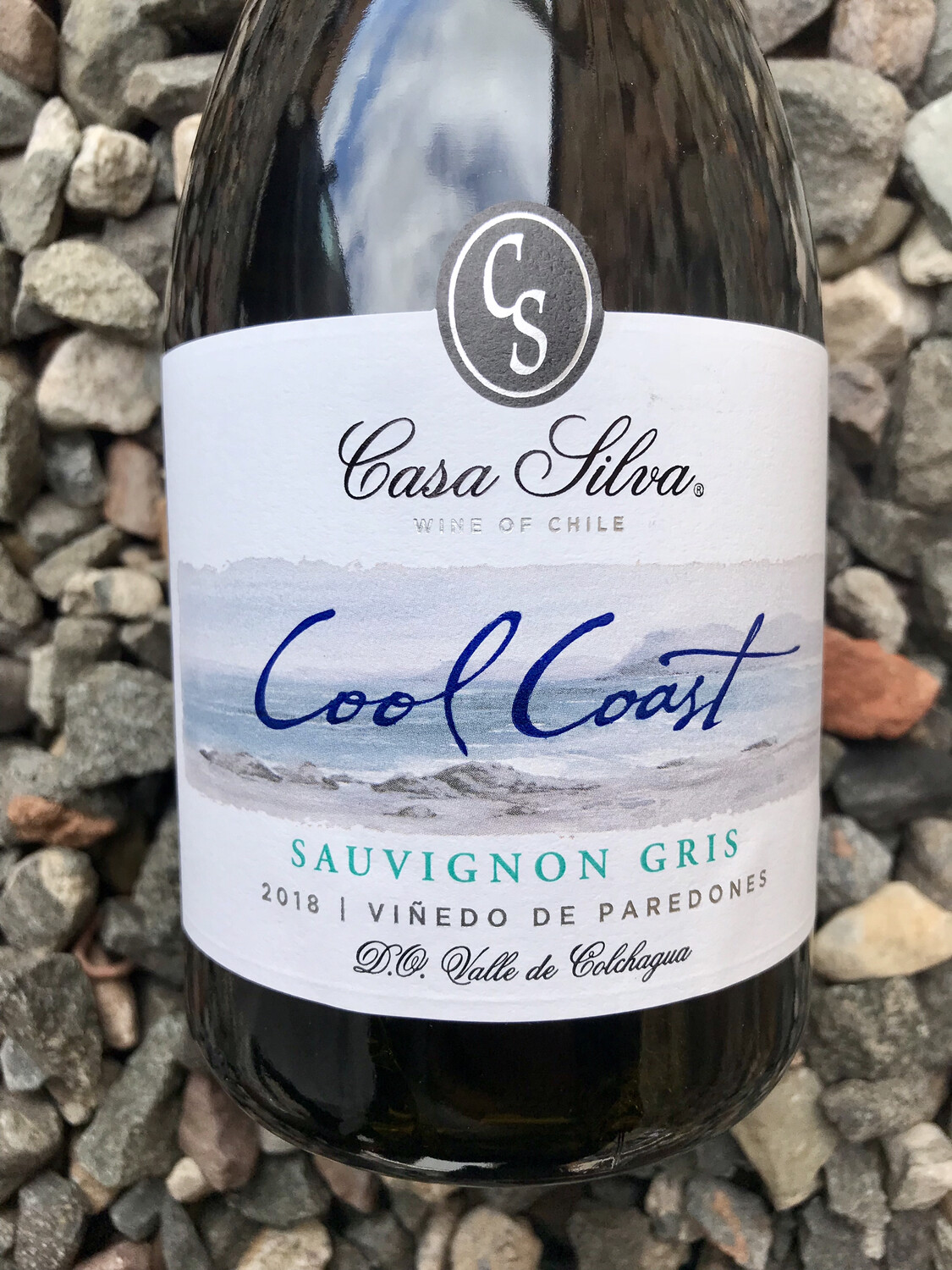 Casa Silva Sauvignon Gris 'Cool Coast' is made from grapes sourced from the Paredones vineyards located in the Cool Coastal hills of the Colchagua Valley, just nine kilometres from the Pacific Ocean. The vineyards are strongly influenced by the Humboldt Current, with summer temperatures of up to 25°C (average). It is a superbly aromatic and fresh wine with plenty of aromatic intensity, orange blossom, lemon yellow, white pear, fresh pineapple and bay leaves. Herbaceous characteristics mingle beautifully alongside citrus flavours with a slight hint of salinity at the end.